Tennis Ireland’s next President is from Carrick-On-Suir!

Castleview Lawn Tennis Club is extremely proud of club member and former committee member Shane Cooke on his achievement of becoming Tennis Ireland’s President for the next two years.

Anyone that knows Shane will know that he has a huge passion for the sport of tennis! Shane also loves to compete, but it’s always with a huge sense of fun and light-heartedness, as anyone who has ever played with or against Shane will testify to!

We wish Shane and his family and Tennis Ireland all the best over the next 2 years as he seeks to put his unique stamp on the role of President of Tennis Ireland. 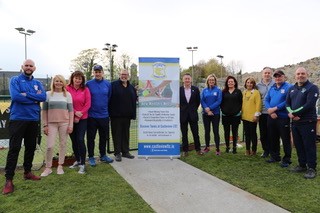 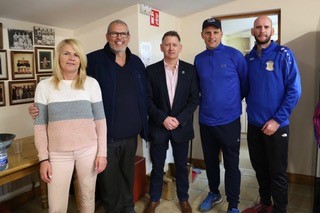 Castleview Tennis Club has much to feel proud of in 2019. Not only is one of their juniors, Zack Murphy, notching up victory after victory as one of the leading stars of Junior Tennis in Ireland today, but another one of their own, Shane Cooke, is currently President Elect and will don the jacket as President of Tennis Ireland when he takes over from current President, Clifford Carroll, once his term of office ends in the third week of June.

Born and reared in Carrick On Suir, Shane never played tennis as a youngster, something which he now looks back upon with some regret. However, although he was in his thirties when he first decided to take up the sport, from the moment he first went out on court in Castleview, he was hooked and never looked back.  As he explains, he had only been playing a couple of months when he played in his first open tournament.

He soon became involved at committee level as Club PRO, Tennis Captain and Tournament Director. A keen player, he also played Munster League for Castleview and achieved a level One coaching qualification in 2010.

Shane explains how he then became involved in Munster Tennis: ”I had a keen interest in the grading of players and it was a conversation I had with the Munster tennis President Clifford Carroll about ten years ago when he suggested I get involved with the Munster branch and join the Council”.

Not only did Shane follow that advice but soon became convener of the directory committee looking after players’ grading across the province. He’s also been senior selector for the Munster senior interprovincial team for the last four years. He explains that this involved putting structure to the whole process around team selection and training and points to the fact that since the introduction of the new process history was made in Munster Tennis with back-to-back victories in 2015/2016.

“One of the highlights of that time has to be the restructuring of our junior tennis. As with the seniors, there was little or no pathway in junior tennis in the province. However, we developed a programme and appointed a performance director and a regional coordinator to work with clubs and coaches throughout the province. This very successful performance programme saw Munster winning both the under 14s and under 18s interprovincial titles in 2018.”

Shane became Munster Vice President for a two year term and subsequently Munster president. He has been on the board of directors of Tennis Ireland for two years.  His nomination as president-elect of Tennis Ireland followed. “I was delighted, to say the least”, says Shane.  “It’s a life achievement for me and I never imagined that this opportunity and honour would come my way.”

Asked about the future of tennis in Ireland, Shane’s response is enthusiastic: “We have some great young talented players in this country with the likes of our very own Zach Murphy doing so well and hopefully young players like Zach will progress at European level and compete in the junior grand slams and more.”

“The numbers of people playing tennis are growing across the country with participants aged from as young as 3-4 right up to 80 and over. We are always going to be under pressure from other sports like hurling, football, soccer and rugby but my goal is to help make tennis more accessible to everyone especially young kids”.

Shane, who is hugely supportive of his home club in Carrick On Suir, points out that the fact that he comes from a small rural club is hugely significant and something he is very proud of.  “For far too long Tennis was view as an elitist spot but thankfully that has now changed. Tennis clubs are for everyone and we now have members from right across the spectrum: employed, unemployed, businesses owners, factory workers, teachers, carpenters, plumbers and even the likes of me! “

Shane says that the Enjoy Tennis Project, which focuses on creating access for people with intellectual and physical is growing apace and is something that he will be putting his weight behind during his two-year term in office. 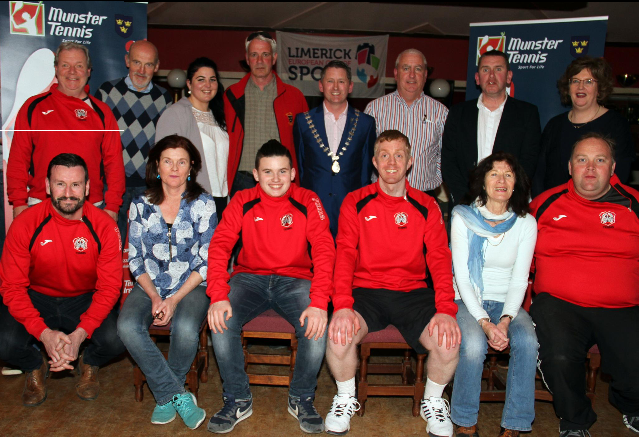